The flying car is here – and it could change the world 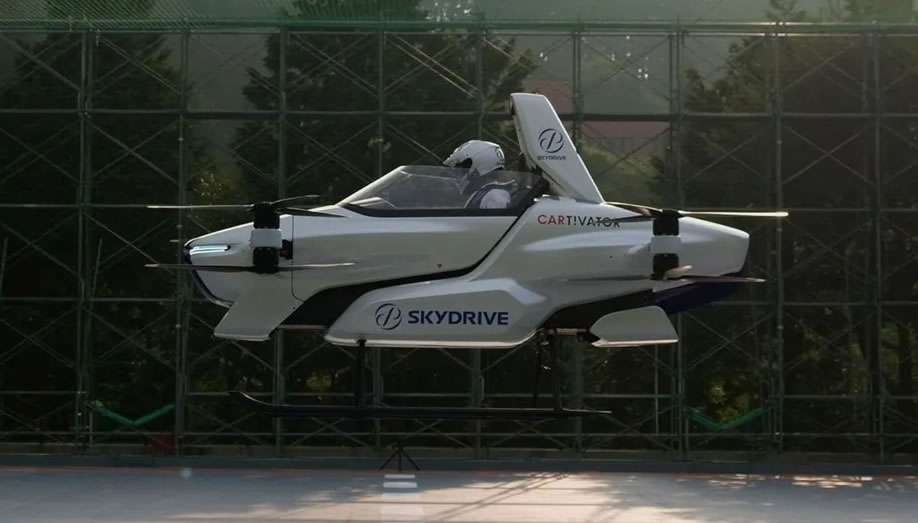 The flying car is here – and it could change the world
Flying cars may seem futuristic – but from commercial jetpacks to personal air taxis, they are already here. Here’s how they could transform the way we commute, work and live.

The original Blade Runner film took place in an imagined Los Angeles of 2019, a futuristic city where acid rain fell from skies crowded with “skimmers”: flying cars that zipped along aerial highways. Since the film’s 1982 debut, technology has advanced in ways that Hollywood might never have predicted – selfie sticks, murder drones, hashtag politics – yet hovercraft taxis still seem a far-off fantasy, reserved for science-fiction novels and theme park rides.

In fact, flying cars are real – and they could shape how we commute, work and live in the coming decades. Advances in battery energy density, materials science and computer simulation have spurred the development of a range of personal flying vehicles (and the navigation systems that will allow them to run), from electric gliders to fixed-wing craft and quadcopter drones.

These aircraft may not look exactly like Blade Runner’s imaginings. But they aren’t all that far off. Far smaller than a commercial plane, most are designed with rotors instead of wings, which allow for vertical takeoff and landing. Tilt rotors, for example, allow for efficiency in forward flight at longer distances, while multirotors are designed to reduce noise in hover flight. Most important, these vehicles are designed to offer faster commutes than traditional modes of transit for individuals, especially in traffic-clogged cities.

At the moment, the autonomous urban aircraft market is still a bit of a Wild West. Dozens of start-up companies are competing to develop commercial jetpacks, flying motorbikes and personal air taxis. Venture capitalists, auto and aviation corporations (even rideshare company Uber, with its ambitious Uber Elevate) are staking claims on the burgeoning industry, which may be worth as much as $1.5tn (£1.1tn) by 2040. Meanwhile, aviation authorities hash out the policies and safety standards that will govern this new realm of transport.

Germany-based Volocopter, for instance, has marketed its VoloCity craft as the first commercially licensed electrically powered air taxi, a vehicle which will eventually run without a pilot. “It’s like an Uber Black or any other premium service,” says Fabien Nestmann, vice president of public affairs at Volocopter.

With a few key differences, that is. Initially, the VoloCity will only have room for a single passenger. That will mean a higher cost per ride at first, but Volocopter hopes to build consumer confidence before transitioning to a full-autonomy model: an electric, wingless craft powered by nine batteries, which will transport passengers throughout a planned network of vertiports – airports for planes that take off and land vertically – across major cities. VoloCity’s first commercial flights are scheduled to take place in 2022.

These first flights will cost €300 ($350/£270) per ticket. But eventually, says Nestmann, the company’s goal is to make the cost competitive with, say, an Uber Black. “We don’t want this to be a toy for the wealthy, but part of a well-integrated journey for anyone in an urban area,” he says. “Everyone should have the option to walk, be driven, cycle, or fly.”

Other companies have partnered with existing car manufacturers to create models they plan to develop for eventual commercial use. Japanese startup SkyDrive, for example, recently teamed up with Toyota to conduct a test flight of its all-electric air taxi, said to be the world’s smallest electric vehicle that can take off and land from a vertical position. This summer, the company successfully flew its SD-03 craft for several minutes around an airfield with a pilot at the helm.

“Consumer demand has grown, but humans have not yet provided a clear solution to traffic, even through options like electric cars or speedy alternatives like [France’s intercity] TGV train,” says SkyDrive representative Takako Wada. “You could say SkyDrive mobility has been nurtured by consumption demands as well as by advances in technology.”

Indeed, those advances makes it possible for so many aircraft designers to clamour for airtime, as it were. Companies like Lillium, Wisk, Joby Aviation, Bell and countless others are capitalising on innovations like electric propulsion, which dramatically reduces noise emissions, and battery power, which enhances range. For an industry in its infancy, there are no shortage of Vertical Take Off and Landing (VTOL) designs, or the imaginary heights that might be reached with them.

Consider Gravity Industries, a UK-based aeronautical company that created a 1,050-horsepower wearable jetpack. “It’s a bit like a Formula One car,” says Richard Browning, chief test pilot and founder of the company. “The Jetsuit is a specialist piece of equipment that only trade professionals and military fliers can ride, for now.” Browning gestures to a metallic, Batman-esque contraption in his studio. “Someday, the jetpack might mean a hovering super hero paramedic can make decisions about where to go and what to do.”